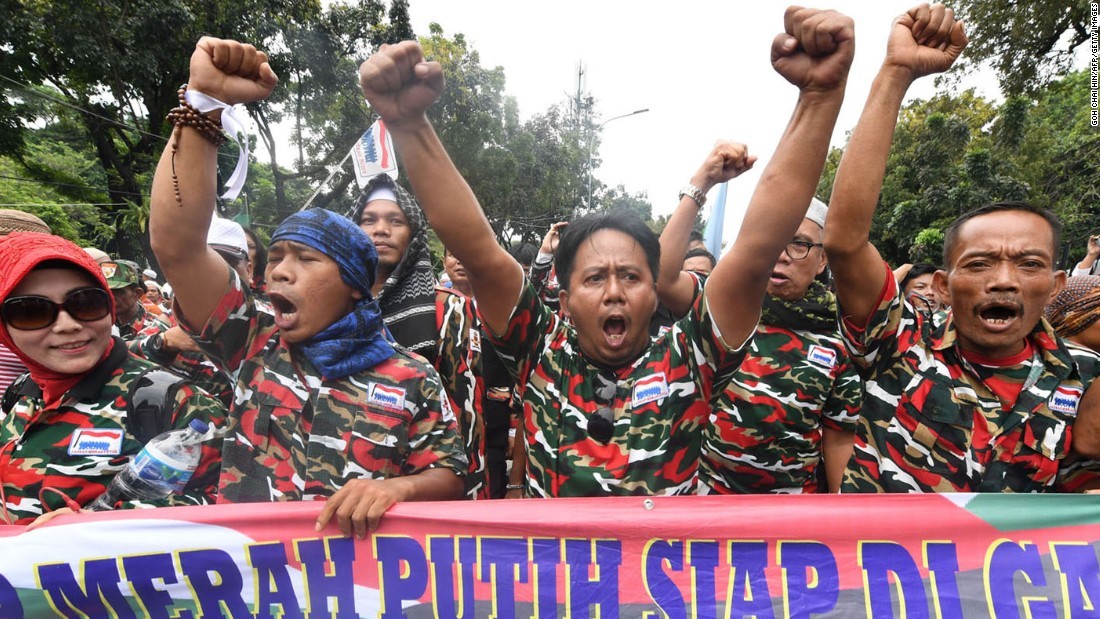 “A Muslim may be the Mayor of London, but a Christian cannot be the Governor of Jakarta.” Popular belief

But is it that simple?

The result of the Gubernatorial election in Jakarta, 19 Apr 17 saw former Education Minister Anies Baswedan soundly defeat the sitting and highly regarded Governor Basuki Tjahaja Purnama, aka ‘Ahok’ to be the new Governor of Jakarta. There has been much attribution of this result to ungrateful, majority Muslim Jakartans foolishly falling in behind the dog whistling of the Islamists against the ethnically Chinese, Christian incumbent. This would be a false or at best incomplete attribution of responsibility for the result.

Jakartans are not dumb. Although the Islamic Defenders Front (FPI) can draw crowds and seemingly had their way in the election, to attribute the electoral thrashing of Ahok to creeping Islamism is like adding 1 and 1 and getting eleven. There is creeping Islamism, and there is lingering anti-‘Chinese’ sentiment and these no doubt played a part. However perhaps we may see these problems of Islamic conservatism and racism as symptoms of a more enduring problem. Inequality.

The World is becoming increasingly unequal, and people everywhere are angry

Pulling the lens back a bit, lets look at populist backlashes that have occurred recently in UK (Brexit), the US (Trump), the possible election of Le Pen as the French President, Australia, the popularity of Putin in Russia, and the list goes on. From the perspective of the comfortable middle class and social/cultural elite, poor people everywhere are seemingly voting against their own interests; voting for fundamentalists and crony capitalists, getting all patriotic and expressing fear and loathing of foreigners. The Jakarta election result fits this global pattern. The reason why a successful, hard working, uncorruptable, ‘doer’ like Ahok received his electoral thrashing is only tangentially relevant to his religion and ethnicity. Many Muslims voted for him, after all. But which ones?

He was over-whelmingly popular with the moneyed classes living in gated communities. Including Muslims and non-Chinese Indonesians. Under his stewardship, and his predecessor Jokowi they had witnessed a discernible improvement in air quality in Jakarta. They were excited at the prospect of proper, modern urban infrastructure; were delighted in the management of drainage that solved the cities annual flooding; and applauded the removal of unsightly and dangerous informal settlements to make way for better planned urban infrastructure. They were especially happy that he was seemingly uncorruptable. And among upper middle class and pluralist cultural elite of all races and religions, he was a vision of the increasingly bright, pluralist and progressive future awaiting Indonesia. 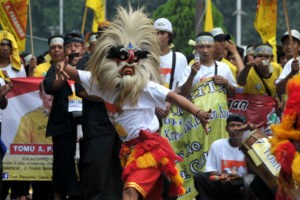 But the poor had other ideas. As did the remnants of the old New Order cadres, business elites and para-military thugs who stand to lose out if Indonesia finally began ascending the Transparency International league table. Oxfam summarises (in Feb 2017) the scale of the inequality challenge well:

The gap between the richest and the rest in Indonesia has grown faster in the past two decades than in any other country in South-East Asia. The four richest men in Indonesia now have more wealth than the poorest 100 million people. Inequality is slowing down poverty reduction, dampening economic growth and threatening social cohesion.

President Jokowi has made fighting inequality his administration’s top priority for 2017. This report shows how he could achieve this by enforcing a living wage for all workers, increasing spending on public services, and making big corporations and rich individuals pay their fair share of tax.

In an excellent article by Ian Wilson posted by New Mandala, the case is made that the recent Gubernatorial election in Jakarta was an opportunity for the poor to express their frustration. And they did, even if it meant a vote against Indonesia’s famous pluralism, and against a sitting Governor widely regarded as hard working, uncorruptible and effective in cleaning up one of the dirtiest cities in the world.

As the dust settles from this result, we wait and see if Jokowi can live up to his promise of being a reformist leader and bridging the inequality gap. But will he be allowed sufficient time and space by his political opposition to bring enough people onside before he is due for re-election in 2019?

If there are any questions arising from this post, please do not hesitate to do so in the comments section below. You are also invited to sign up for email notifications of future posts on this site.

If you wish to unsubscribe from our emails, you may do so here.